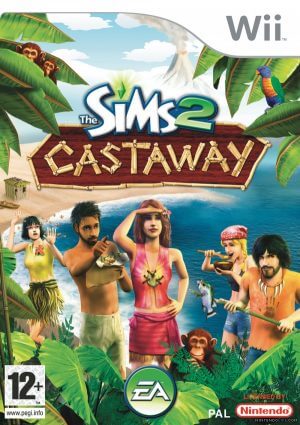 The Sims 2: Castaway is the last version in The Sims series of adventure games of the same name. As the final version, it seems that The Sims 2: Castaway has been wholly perfected in terms of features to give players the best experience. Start on a boat with a group of 6 Sim characters created by the player. However, the train was quickly engulfed by a big storm, fortunately, all 6 crew members drifted into an island called ShipWreck (first map). A book consisting of missions to help the survivor of the isle be found. The rules are very simple, players only need to complete all the tasks in the book to unlock a new island (2nd map) such as finding some fruits, some animals, some precious medicines. Coming to the second map there will be more exciting missions than others besides some difficulties will gradually appear as having carnivores. Passing the second island, players will be moved to the volcanic island. Here the character will learn the civilization of the people on the island, but the danger here will be significantly increased by volcanoes that can erupt at any time.