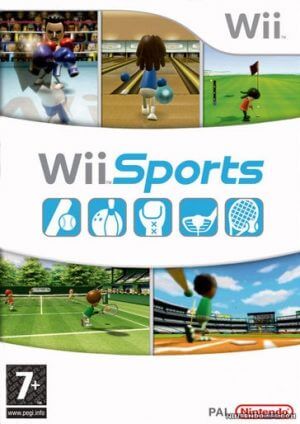 Wii Sports simulates sports, released by Nintendo. The game includes all five sports: tennis, baseball, golf, bowling, boxing. Players participate in the game by moving the Wii remote according to the movements that appear on the screen. First, you can choose an available Mii character in the game. These characters can be customized for appearance characteristics. Each game has modes: one player, two players, three players, four players. With each mode, you will control the character of your choice, the machine will control the remaining characters. The game is designed in 3D graphics. With each victory from the match, players will automatically celebrate by playing music. The victories from your side will be replayed once on the screen. Not only that, at the end of each game, you will receive a skill evaluation chart to review more about whether you have improved or not. Some segments you will control the character under the third perspective and others you will control the character under the first perspective. The game is exciting, and you will not regret to take time to try.