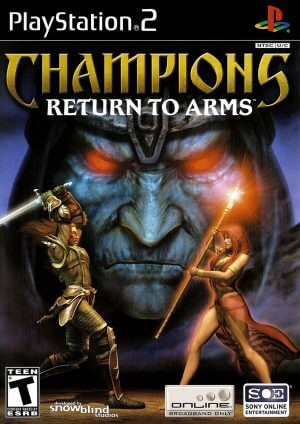 The sequel to Champions of Norrath, Champions: Return to Arms is an action RPG that puts players in the EverQuest universe. The evil Innoruuk was destroyed and his remains (shards) have been scattered throughout the Planes of Power. The player must find the shards and choose between good or evil: Destroy them to rid of Innoruuk or collect them to restore him. The game has seven playable races (two new ones from the original) and more online features. Players can import characters from the first game. It can be played single-player or with up to four players (online or with multitap).