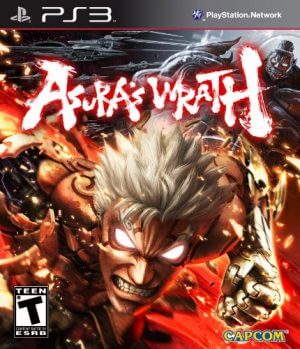 “Asura’s Wrath” is an extremely popular action game from the popular game company CyberConnect2 and was published by Capcom. The game was released worldwide on February 2012 on Playstation 3, Xbox 360 and Xbox One systems. “Asura’s Wrath” made a big splash thanks to the creation of the character design style taken from elements of Hindu and Buddhist mythology and combined with science fiction. Players will witness battles of “cosmic” stature with combat locations that can go out to space. Especially with an extremely unique fighting mechanism, players can create many different combo sequences on the enemy, making the player feel happy in each attack. In “Asura’s Wrath”, players will follow the story of Asura, a demigod who once devoted himself to the Emperor’s reign as the Shogun. However, the hero was deceived by another demigod, Deus, and was convicted of assassinating the Emperor. Not only that, but Deus also murdered his wife and kidnapped Asura’s children, making him increasingly hatred of Dues and decided to go revenge against the other demigods who helped Dues, as well as making a life-and-death battle with him.

South Park: The Stick of Truth

The Smurfs 2: The Video Game