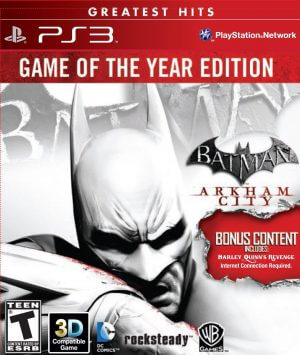 When it comes to Batman, many people around the world will think of a dark knight who always fought silently and prevented all the evil in Gotham City. Now players will have a true experience when accompanied by Batman in the cult game Batman: Arkham City. A sequel to the previous version is Batman: Arkham Asylum, developed by Rocksteady Studios and Warner Bros Interactive Entertainment was released for many kinds of the platform on October 18, 2011. The game received acclaim from game critics and was also the highest-rated game in 2011 by the total rated on Metacritic and received many prestigious awards in the media, including Game of the Year, Best Action Game, Best Action-Adventure Game, Best Adventure Game and “Best Original” Score. This is considered one of the best games of all time. From the extremely attractive new plot, the combat system with a series of spectacular combos has created a masterpiece in the action-adventure game genre. In the game, Batman is being held at Arkham City, a giant prison surrounding the dilapidated slum in Gotham City. Thereby the player will uncover the mysteries behind the evil plan by the prisoner Hugo Strange.