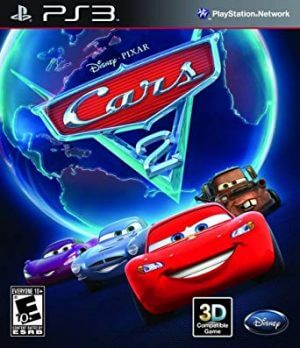 Through the animated movie Cars, gamers will experience immediately the racing game simulation of this cult animated film. “Cars 2: The Video Game” action racing video game developed by Avalanche Software based on the animated film of the same name. The game was released by Disney Interactive in June 2011. This is a third-person racing video game. Unlike other racing games, coming to “Cars 2: The Video Game” players will be able to choose one of 25 different Lightning McQueen racing characters to participate in world-class car races. Players will incarnate into the characters are the racing cars in the game to participate in the races in the game. Entering the game, players will use racing techniques, defeat the enemies and slow down their racing speed to win. If the player wins they will be awarded bronze, silver and gold trophies, depending on the player’s score. In addition, players can unlock new racing cars when completing racing missions or collect in-game icons to unlock new racing tracks and missions.