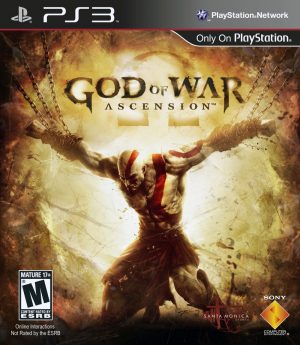 “God of War: Ascension” is an action-adventure video game modeled after the Greek Myths developed by the game house Santa Monica Studio. This is the next game released after the previous super series. To satisfy the fans of gamers, the game was officially released in 2013 by Sony Computer Entertainment. In the game, the player controls the main character, Kratos, to engage in fights with the enemy. In addition to creatures from Greek mythology, the game also creates other monsters such as Juggernauts, Wraiths, and Manticores. Players will control the character to perform the basic elements in the game such as climbing, jumping over obstacles to reach the target. In addition, the game also has various puzzles installed in the game so that players can experience after fierce battles. The multiplayer online mode enables them to earn rewards from the gods with up to 8 players. In it, players will control the character combined with 1 of 4 gods such as Ares, Hades, Zeus, and Poseidon. Experience points will help players unlock special magic and upgrade weapons.

Mudit
They hace no problem download and play
Reply - March 17, 2020