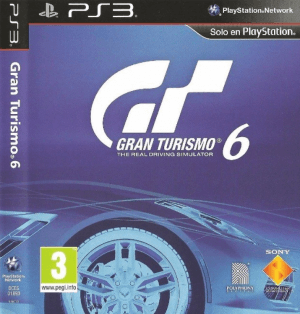 
Referring to the popular racing game “Gran Turismo”, many people will immediately think of the best-rated version of the game and that is “Gran Turismo 6”. The game was developed by the studio Polyphony Digital and released exclusively on the PS3 by Sony Computer Entertainment. Since its launch, the game has attracted attention for those who are hard fans of the game series through remarkable improvements compared to previous versions. Many game critics have praised for keeping the previous versions as well as adding new features including adding more models and tracks, improvements to the car customisation options and partnerships with Goodwood Festival of Speed, Ayrton Senna Institute, FIA and NASCAR. With all these factors, “Gran Turismo 6” has won many awards and topped the charts in countries around the world. In the game, the player is selected to use up to 1200 racing cars of many famous cars in the world. All tracks from “Gran Turismo 5” will be retained in “Gran Turismo 6” including 33 locations, 71 racetrack, especially 19 of which first appeared in the series, promising to bring players enjoy the experience of all challenges on the track and are confronted with 16 different players around the world in Multiplayer mode.

Family Guy: Back to the Multiverse