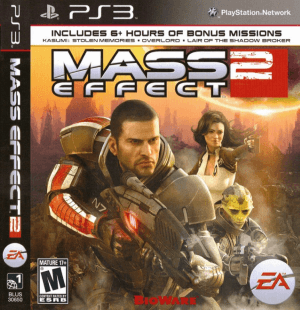 Mass Effect 2 is a popular action role-playing game that is most popular in the hit series game Mass Effect. Developed by renowned gaming firm BioWare and published by Electronic Arts for Microsoft Windows, PlayStation 3 and Xbox 360 systems. This is the second installment of the “Mass Effect” series and follows the story of the Original Mass Effect. Players who experience the game will see more changes than the previous version when BioWare has changed a number of factors in terms of gameplay and more emphasis on shooting action from the third-person shooters, including limited ammunition and health recovery, promises to bring players a completely new experience. Mass Effect 2 has been extremely successful when it has received praise from many game critics on many aspects of how storytelling is interactive, character characteristics and fighting style is extremely attractive. The game was also rated as one of the best games of all time. The game will take place in the galaxy in the 22nd century, where humanity is threatened by a group of insect monsters called Collector. Thereby the player will play Commander Shepard, an elite warrior commanding an entire platoon to stop the enemy.