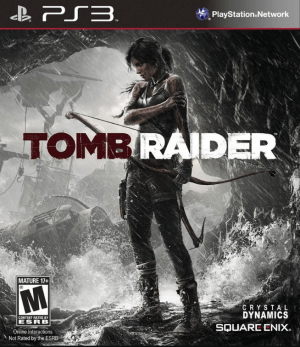 For those who are hard fans of the cult series “Tomb Raider” will never forget the excitement and attraction in the journey to discover the artifacts hidden in the ancient tombs of Tomb Raider, Lara Croft. The fascinating action scenes in the combat team fight bring full of eye-catching accompanying graphic design style. It is very vivid and unique with an extremely large open world, challenging the curiosity of the player. They surely want to uncover all the secrets hidden in the ancient tombs because of that. Coming to the 2013 version of the popular game “Tomb Raider”, players have witnessed a complete makeover compared to the previous versions under the development of the game company Crystal Dynamics with the cooperation of Square Enix released for all Microsoft Windows systems, PlayStation 3 and Xbox 360. Launched to the public in May 2013, the game has left a good impression on all players in the world as well as received many compliments from critics for building a monumental storyline. The gameplay along with the graphics has shown the development as well as the role of Lara Croft. The game will take place around the adventure of Lara Croft on an island called Yamatai, search for the myths on the island and must rescue friends and escape from hunting by a cult sinister.

Atelier Rorona: The Alchemist of Arland

Saints Row: Gat out of Hell