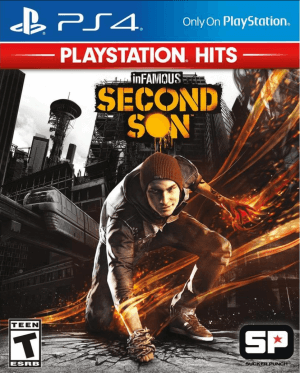 “inFAMOUS: Second Son” is an action-adventure video game developed by Sucker Punch Productions. This is the third game in the Infamous game series. The game was released by Sony Computer Entertainment in 2014. Entering the game, the player controls the main character named Delsin Rowe to fight the DUP Unified Protection Ministry. In the game, the protagonist gains new strength and morals depending on the player controls which character will become good or bad. When participating in quests in battles against DUP, players will gain new powers and must destroy the DUP Core Relay to gain basic capabilities compatible with that power. By collecting Blast Shards scattered throughout the game area, the player can use them to upgrade and expand the character’s new powers. If the player can choose good actions such as rescuing people and destroying drug trafficking organizations, their costumes will turn white to show the good character of the character. But if the player chooses to join drug organizations and sabotage the city, their costumes will turn red and they will carry the reputation of the bad guy.