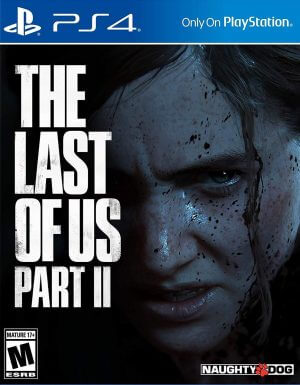 The Last of Us Part II is a survival horror video game developed by Naughty Dog and published by Sony Interactive Entertainment. It is a sequel to the 2013 game The Last of Us, in which the player controls Joel, a middle-aged man tasked with escorting Ellie, a teenaged girl, across what remains of North America. In Part II, set five years later, players control Ellie, now 19. The game is played in a third-person perspective; players use firearms and improvised weapons, and can use stealth to defend against hostile humans and cannibalistic creatures infected by a mutated strain of the Cordyceps fungus. Development of The Last of Us Part II began in 2014 where a script was given to Ashley Johnson regarding the first trailer of the game. Troy Baker and Ashley Johnson will reprise their roles as Joel and Ellie respectively. Both assisted creative director Neil Druckmann with the development of the characters and story. Gustavo Santaolalla will return to compose and perform the score. Bruce Straley, who co-directed the original The Last of Us, will return in some role, but not as director. At the PlayStation Experience event on December 3, 2016, a sequel titled The Last of Us Part II was announced to be in early development. The game's first trailer revealed the return of Ellie and Joel, and takes place about five years after the first game; players will assume control of Ellie.The game's music will be once again composed by Gustavo Santaolalla. Notes