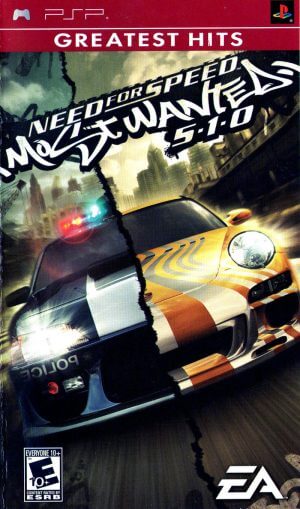 In Rockport City, a man appears and participates in illegal car races. During the race, he showed off his virtuosity by making the top police officers of the city smell smoke. This policeman is Sergeant Cross, who is determined to capture the “Black List,” a group of 15 most wanted riders of Rock Port police station. This man won the first riders quite easily before being destroyed by Razor and confiscated it as booty. Without a car, he was quickly arrested but later released because of a lack of evidence. When he was out, Mia explained that Razor had done a lousy job of ruining the car before. He used the bike to rise to No. 1 in the “Black List.” He was determined to surpass Razor to become the No. 1 driver.
Need for Speed-Most Wanted 5-1-0 is naturally a racing game where players will participate in illegal street races in the city of Rock Port. The publisher has provided us with a lot of vehicles with different parameters for each one. You can upgrade and customize parts of the car during the game, thanks to the money earned after winning each race. An exciting feature of this game is the appearance of police in the sport as an attempt to increase the difficulty. This blockbuster includes three game modes with the central character, of course, Career, where the storyline will be continued with new details that bring suspense to the player. Besides, you can completely relax with the fast game mode where the character will participate in a stage in a short time to search for the winner. Finally, the challenge mode is where players will face difficulties in terrain or weather rather than just popular racing. Choosing the car to accompany you in the upcoming races is also quite a headache problem for each of us. There will be three main parameters for the vehicle that is maximum speed, the ability to control, accelerate. Each type, of course, will also focus on a kind of indicator such as Exotic that focuses on maximum speed, Muscle active at acceleration, and Tuner towards easy control.