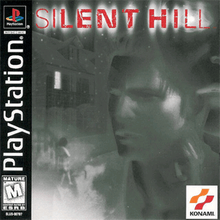 Silent Hill is a horror-type game produced in 1999. The story begins when Harry Mason drives with Cheryl to a famous town for a vacation. On the way, he had an accident and crashed into a big tree while avoiding a passerby. After calming down, he realized that his daughter had disappeared, and Harry Mason had to roam the town in search of her. During his journey, he met many of the characters who brought the town’s mysteries like Cybil Bennett, Dahlia Gillespie, and Dr. Michael Kaufmann. The story became serious when Harry Mason discovered an insane nurse named Lisa Garland, who began to guess what he was about to face. After discovering a few more mysteries, Harry believes that the town is cursed by a dark force that makes the people of this place disappear continuously. His daughter is one of them. Continuing his quest, Harry is increasingly discovering more and more mysteries and stories of the characters. He learned that his daughter Cheryl was caught up in a struggle for power by those who wanted to revive the gods.

Depending on the action and the player’s choices will lead to four different endings. For the worst ending, Cheryl was freed by harry but could not avoid death. At the end, not too bad, Harry has saved Cheryl and father and son together fled after the god was destroyed. In the end, the town was reborn with its inherent beauty, Harry defeated the god and little Cheryl was revived as a newborn. Finally, in the best ending, Everything returned to normal and Harry and his little daughter lived happily. In the game, the player’s main goal is to control Harry Mason to explore the town’s mystery to find Cheryl, his daughter. In the process of searching, he must destroy them and combine his skills to find the bottom line of the game. Harry’s basic weapons are knives and guns. In addition, he is provided with a game locator that can detect enemies within a certain range. If you want to see the remaining health of Harry, the player must choose in a separate support menu. With a third perspective, Silent Hill is one of the games with the best visual effects at the time of launch.