Siphon Filter is an action-adventure game released by Sony Computer Entertainment for PlayStation in 1999. Gabriel Logan and Lian Xing are the two main characters of the game. play this. They are investigating an international terrorist named Eric Rohmer. During a mission in Costa Rica in Central America, Agent Ellis was mysteriously lost contact. Later, the top-secret US government sent Gabriel Logan and Lian Xing to investigate. In Costa Rica, the two of them discovered that Ellis had been brutally murdered. They also discovered that the suspicious activities of drug lord Erich Rhoemer were just the cover for a study of biological weapons. At the same time in Nepal, an epidemic broke out. However, a big question mark is why did a person have an infection but somehow he survived

Erich Rhoemer attacked Washington and he threatened to detonate bombs filled with deadly viruses that scattered throughout the city to spread the virus across the city. Gabriel Logan and Lian Xing will have to trace the virus bombs on the streets, sewers, submarines to destroy them before it’s too late. They will have to fight terrorists to be able to find these bombs. After investigations, the clues helped Gabriel Logan and Lian Xing lead to a leader of the PharCom group. This is a multinational corporation in pharmaceutical and biotechnology led by Jonathan Phagan. PharCom’s Costa Rica plantations are creating a compound to help the virus grow quickly. This proves that Jonathan Phagan and Erich Rhoemer are working together. And it is thanks to the PharCom corporation that helped Erich Rhoemer attack Washington DC. Gabriel Logan and Lian Xing decided to infiltrate PharCom Corporation to collect evidence.

In the game, the player will choose either Gabriel Logan or Lian Xing to control. The game will display under the third perspective and the player can freely move in directions in 3D space. The bottom left corner of the screen displays a radar. This radar will show the player the terrain and the position of the enemy. Characters will be equipped with a pistol with a limited number of bullets at the beginning of the game. To change weapons, players can pick up enemy weapons after defeating them. Players will have to destroy all enemies to come to the next level. 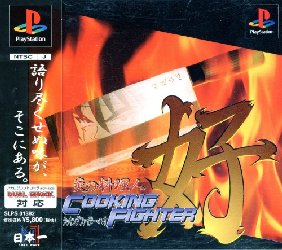