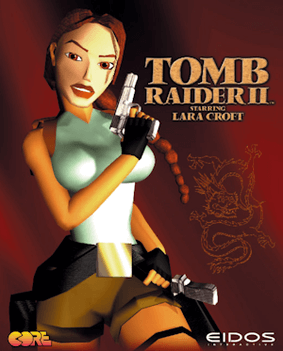 After completing a mission in the barren land in Mexico, Lara Croft continues to take players to China in Tomb Raider II. This version was released in 1999 and created many new surprises for players. In the ancient Chinese legend, Dagger of Xian is mentioned as the ultimate weapon. Dagger of Xian possesses great power, the user of this weapon will encounter disaster in the future. In the past, an emperor used the Dagger of Xian to unify the country. The way to use Dagger of Xian is to stab the user of this weapon. He will not die and he will be turned into a dragon – an ancient monster of the east. Later, this emperor led his army to defeat many other countries to unify ancient China. However, this weapon carries the dragon’s curse. The owner of the Dagger of Xian will quickly become a villain. Therefore, this king became a tyrant and harmed many people. A revolt took place and the monks from Tibet withdrew the Dagger of Xian from the king’s chest and sealed it at the Great Wall. Later, the reign of this emperor collapsed.

The gameplay of this version is similar to the first version released three years earlier. The plot is the factor that made the success of the second part of the Tomb Raider series and is highly appreciated by many players. In addition, players will have the opportunity to use many new and more powerful weapons when facing Marco Bartoli. In some special situations, you will be forced to use these powerful weapons to escape death. Using reasonable weapons is the only way for players to overcome difficulties, do not waste a bullet on your journey.