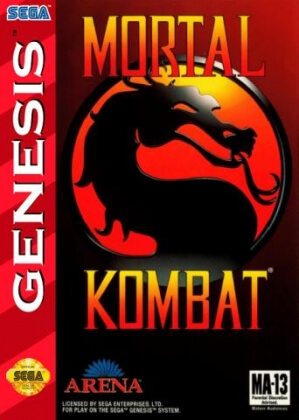 It is the first version and also the beginning of the chain into the success of the series of the same name later. While it has the most sketchy graphics in the series, don’t compare it to modern gaming technologies. The game takes place in Earthrealm and on the island of Shang Tsung, where a martial arts tournament is held for the strongest people on the planet to participate. 500 years have passed and no one can usurp Goro, but this year is a new generation of powerful warriors born with the desire to win. With a total of 8 characters you can use, you can easily recognize Sonya Blade, Scorpion, Johnny Cage, Goro, Sub-Zero, Rayden, Kano, and Liu Kang but very different from the modern version but still very familiar belong. With one-on-one battles, you will fight with the opponent for a certain period of time, you can perform many offensive actions such as punching, kicking, sweeping legs, etc. Besides, each character also owns your own skills. Mortal Kombat also brought the concept of juggling to this genre for the first time, when you knock down your opponent and perform attacks that will bring huge amounts of damage. After the opponent HP down low, you can also perform legendary Fatality moves, causing a terrible death to the opponent.