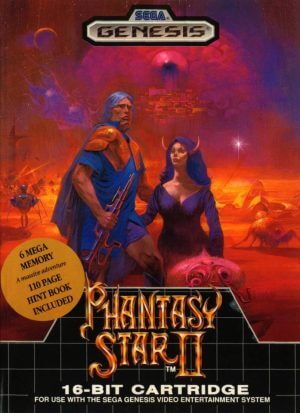 The story of this section answers the mysteries from the previous section. Many years ago, the three planets Palma, Mota and Dezo were ruled by dictator Lassic, but thanks to the heroine Alis Landale and her friends, the three planets were released. A thousand years after the Mother Brain supercomputer manipulated the planet transformed the barren planet Mota, only the desert became lush and beautiful. But an incident happened and brought the planet back to its original state, and the Biosystems lab instead of creating beneficial creatures created monsters. Now Rolf and his friends must try to fix the problem to make the world peaceful again. As Rolf, you will fight with allies on a journey to protect the world. The gameplay of the game has not changed much from the previous one, is the classic turn-based combat system with attack options displayed in a menu. In battles instead of being displayed under the first view, you will now be transferred to the third perspective. In addition, the game’s graphics also become more vivid and beautiful.