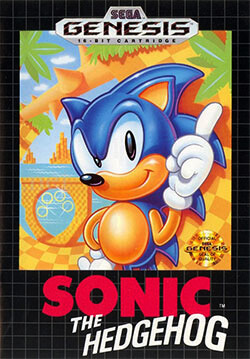 Ever since its launch, the game has been highly appreciated by critics and fans in all aspects, this is also considered a worthy opponent of Nintendo’s Mario character. The story begins when Dr. The evil Ivo Robotnik confines South Island residents into robots to capture 6 special emeralds. Join the game you will play Sonic to prevent plans of the crazy doctor. Your mission is to rescue friends and collect emeralds in front of Robotnik. Sonic has the ability to run at high speed, curled up to destroy enemies as well as destroy objects. When starting the character will have 3 lives, you can also collect an additional 100 gold rings to receive an extra network. During the game, you will encounter many pitfalls such as sharp spikes, deep holes, lava, etc. and have to cleverly dodge them. In addition, there will be items you can pick up during the game, each offering a unique ability. The game screen will become more and more difficult requires you to progress through each stage to be able to perform the final task.