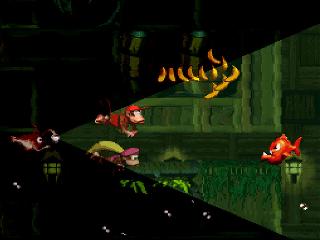 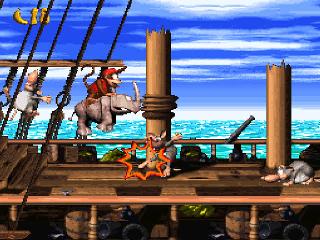 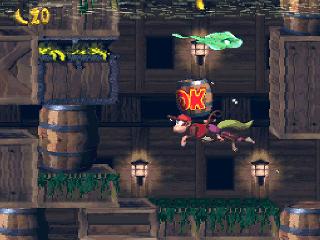 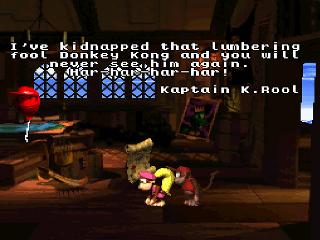 Donkey Kong Country 2: Diddy’s Kong Quest is an action role-playing game rated as more levels, more detailed graphics than the old version. This version has more than 50 levels with more missions (involving climbing, zip-line, horse-drawn carriage and swimming). In this version, there are two characters, Diddy and Dixie, for the player to choose, both with different characteristics and features. (For example, Diddy can pick up and throw boxes faster, while Dixie can rotate the ponytail to bob in a short time). On adventures, don’t forget to pick up cannons scattered everywhere to make weapons; Then press the A button to collect items as well as activate switches and vines. Also, at each level, some secrets can only be found by attacking groups. In addition, animals that act as vehicles are more diverse, such as a high-jumping snake, spitting spider, swordfish, and parrots. Winning the game is not easy; the increase of many dangers and enemies on a level makes it a challenge.  So, save extra lives by collecting bananas, taking balloons or collecting KONG letters.