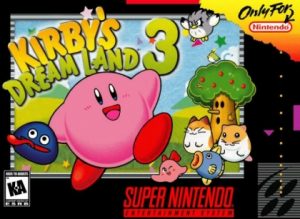 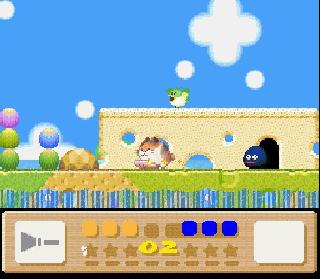 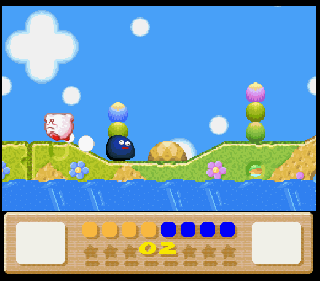 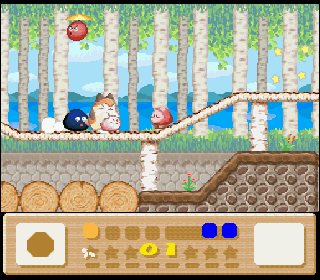 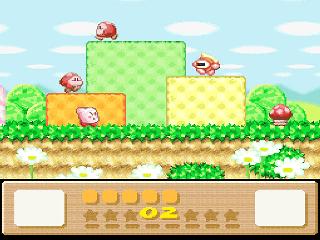 The game belongs to the action genre and is the final version of the KIRBY PARTY DREAMLAND released for SNES. It starts with the scene where Kirby and Gooey are on a fishing vacation. However, when our two main characters are relaxed, the name Dark Matter suddenly appears and breaks the protection rings of the planets. After a successful break, he owned for himself various dream landers and King Dedede. In this situation, Kirby and Gooey have teamed up with Rick, Coo, Kine (old characters) and Pitch, ChuChu, Nago (new characters) to fight the Dark Matter, restore peace to the planet. However, the evil boss behind everything nobody could have expected was Zero. The game follows the fork ending with two different outcomes given. Each outcome, Kirby will have a different battle process. Kirby’s fighting skills remain the same as previous combat versions. Kirby’s main fighting skills are jumping, sliding, flying, breathing in enemies. With a round shape like a ball, Kirby can easily fly by inflating herself. Thanks to this form, Kirby can breathe in the enemy. However, Kirby will release enemies once she has learned all of their skills. With the ability to copy special moves, Kirby easily turns the enemies’ skills into his own and uses them fluently.