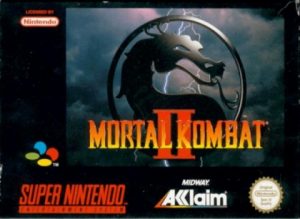 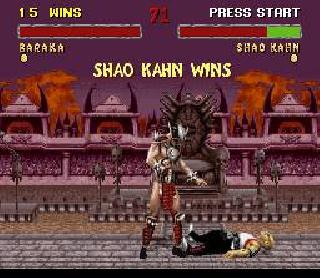 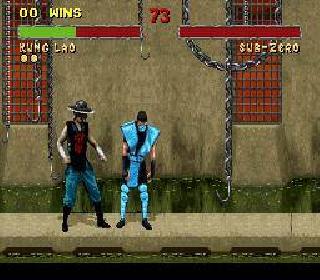 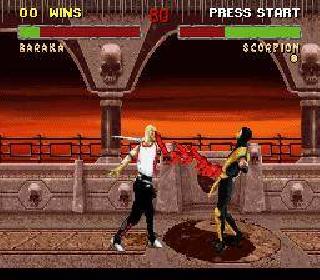 Mortal Kombat II is a fighting game released in 1993 in a series of famous Mortal Kombat games, developed by Midway, and this is the second version of this fighting series. Now arcade fighting gamers can touch the contention object anytime they want, without having to wait, because Mortal Kombat II has been franchised in the latest direction. This version has 12 characters from the internationally famous series Liu Kang, Scorpion and Sub-Zero leading the list of playable characters. You can access an extensive list of special moves with significant improvements, or take advantage of the various environmental hazards to destroy your opponents, such as thrusting them into an acid pit, out of bridge or ceiling with spikes. To add a sense of being in the virtual arcade, the manufacturer installs the game that displays images of several fighters along the sides of the screen in the form of digital cabinets. The player is provided with a few custom settings such as the difficulty of the opponent will be computerized, or the amount of blood will be displayed after a successful attack. That’s fascinating, but there are some flaws, and you won’t know whom you’re playing within the match, because the game won’t list the opponent’s name on the screen. It’s a bit boring because you can’t enjoy a stress-relieving game with your loved ones.