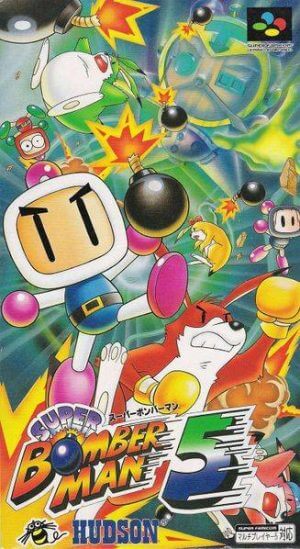 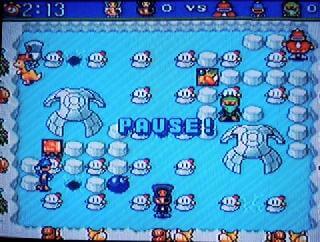 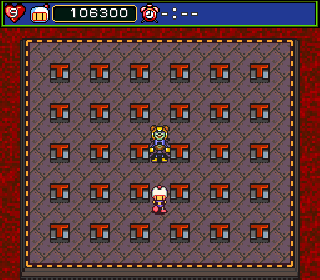 The planet Bomber is a peaceful planet until one day when the evil Terrorin arrives. He entered the Bomber Penitenterator and released the Bomber Fiendish out of the room for one reason being to help him conquer the universe. They agreed to help Terrorin in return for his freedom. Upon hearing the news, Bomberman and Black Bomberman and the Rooi family decided to work together to prevent Terrorin’s evil conspiracy. Coming to Super Bomberman 5, players will transform into a robot guy tasked with placing bombs and trapping monsters. You will have to defeat all enemies on the field and search for a way out to the next level. In this 5th upgraded version, Super Bomberman has been added to 5 new areas and divided into 13 small stages (each stage is a game screen) to make the player experience never dull. Besides, Super Bomberman 5 is a design to commemorate the game series of the same name after seven years of release. Therefore, the 5th version has background music remixed from all four previous versions, bringing an impressive impression.