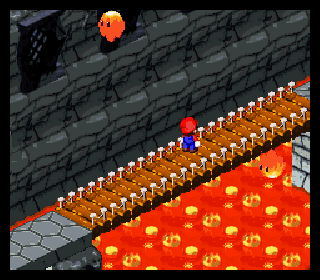 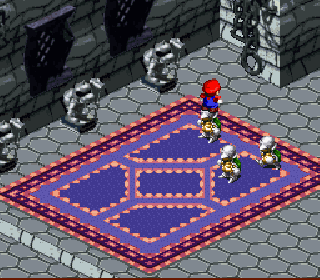 Super Mario RPG – Legend Of The Seven Stars is the first role-playing game franchise on the Mario platform. The game is appreciated with humorous gameplay and rich 3D graphics sounds suitable for each situation. Throughout the game are missions to accomplish the ultimate goal of eliminating Smithy, who stole the seven stars of Star Road. Like in most traditional role-playing games, the game will have two modes: story mode and battle mode. The story mode will clarify for you the causes, the purpose of the matches that take place. Besides, the puzzle mini-games will be inserted in the middle to avoid boredom for the game. Competition mode will be a bit adventurous, but fighting monsters like a 3D platformer is still the main thing. The difference of this version is that there will be no random encounters but instead battles only occur when the character comes into direct contact with the opponent. Besides, players can participate in team competition mode, and each level will have three members. Each character will have unique and different attack techniques and fighting techniques.