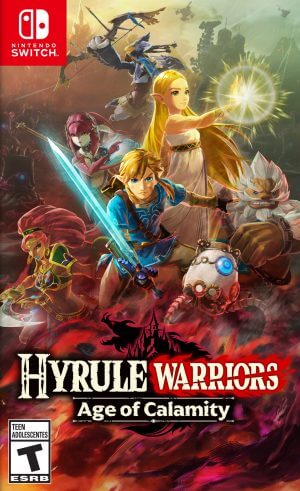 You will not only play the role of Link alone as before but also have the opportunity to control the four legendary great knights to participate in battles that Link reminiscent of, maybe you will see The whole thing as well as understanding more about why Ganon was able to defeat our group of heroes …

If you’ve played Hyrule Warriors before (or recent Warriors games) then you probably know the basic gameplay of Hyrule Warriors: Age of Calamity. The game will have the familiar Hack & slash gameplay with characters appearing throughout the history of the game Zelda has the ability to 1 enemy thousand troops. The basic task of the player at this time is just to control your favorite character to defeat all the enemies in your way or simply to destroy all enemies on the Map for it to be compact. Is there any difference that in Hyrule Warriors: Age of Calamity there will be some basic puzzle stages to make the game less boring? Currently, the game is almost completed and is expected to be released on November 20, 2020, with the desire to help fans Link and Zelda have entertainment until Breath of the Wild returns.