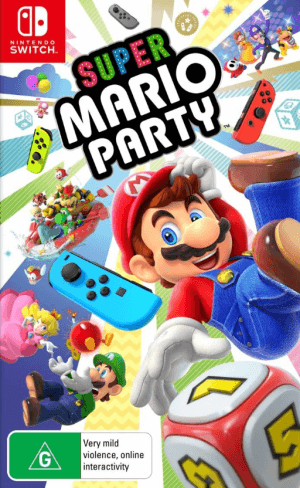 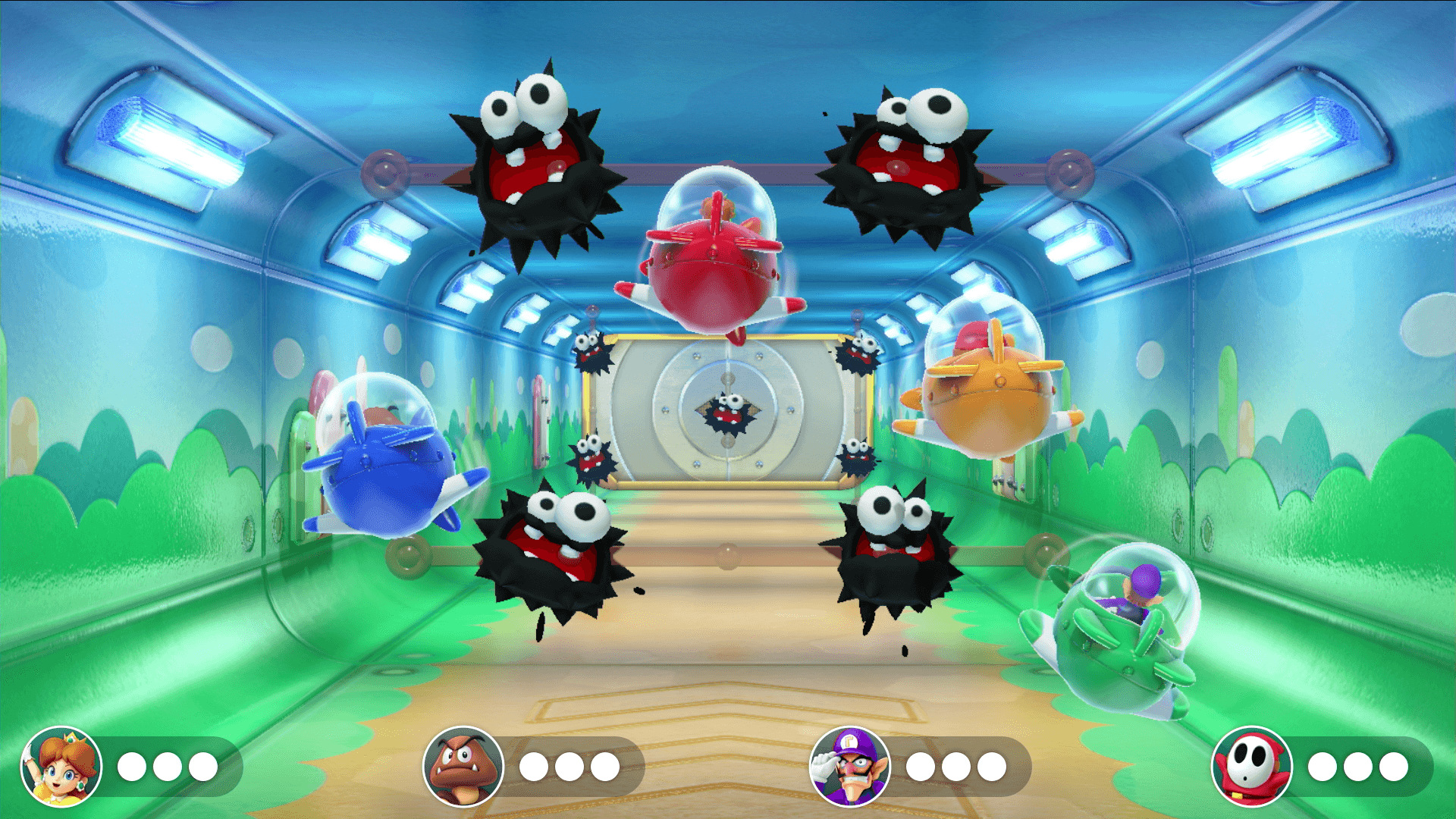 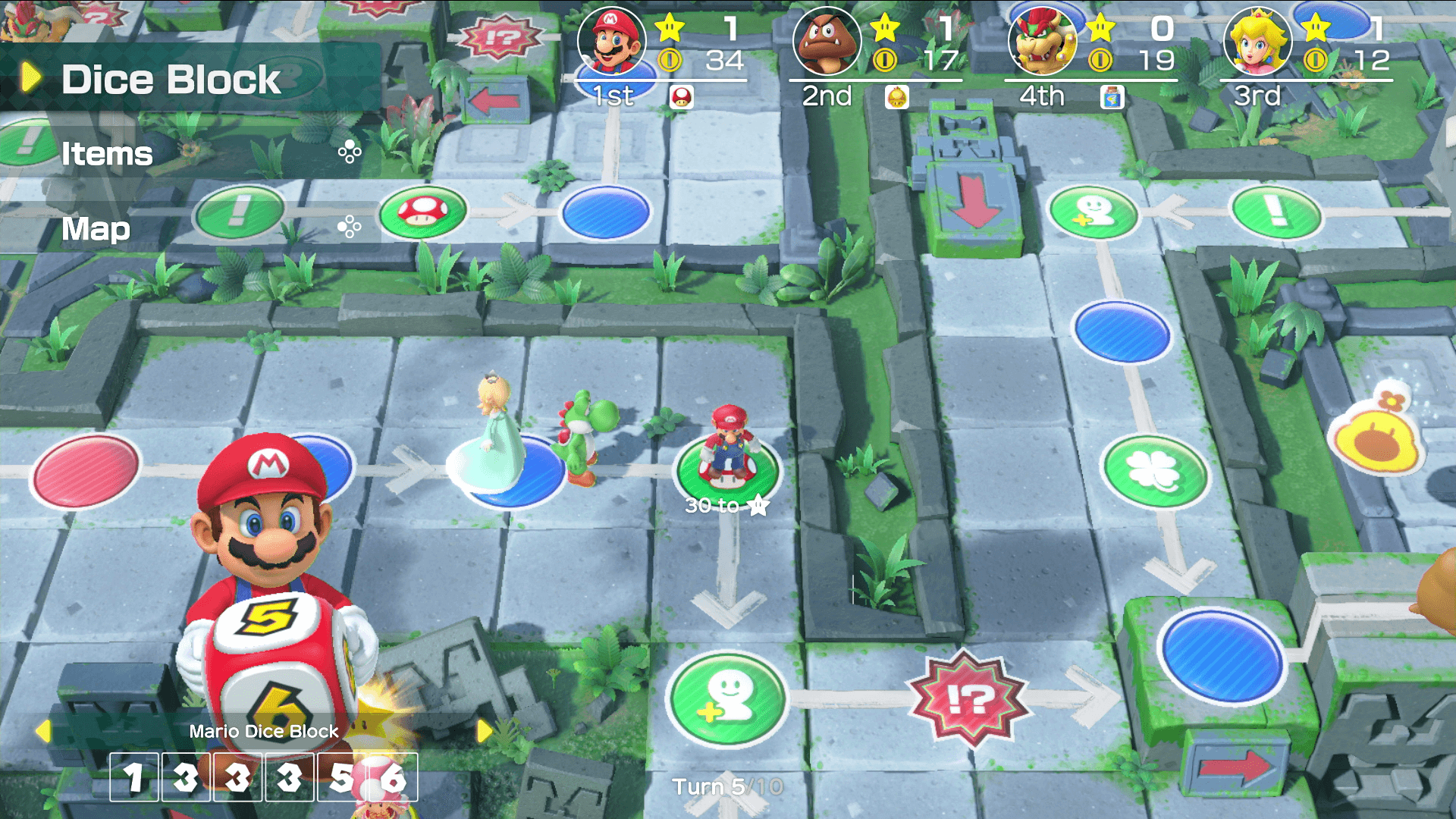 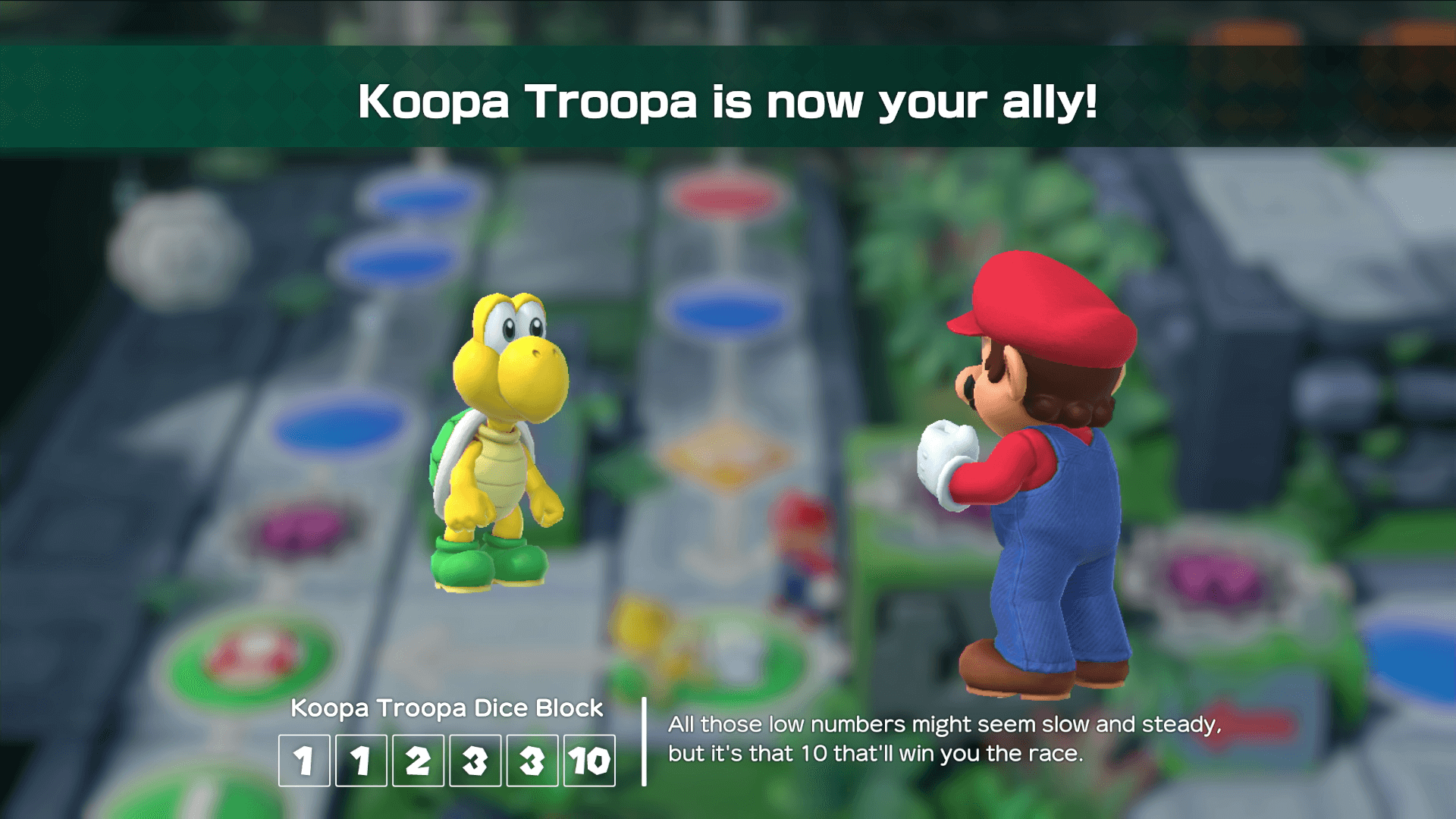 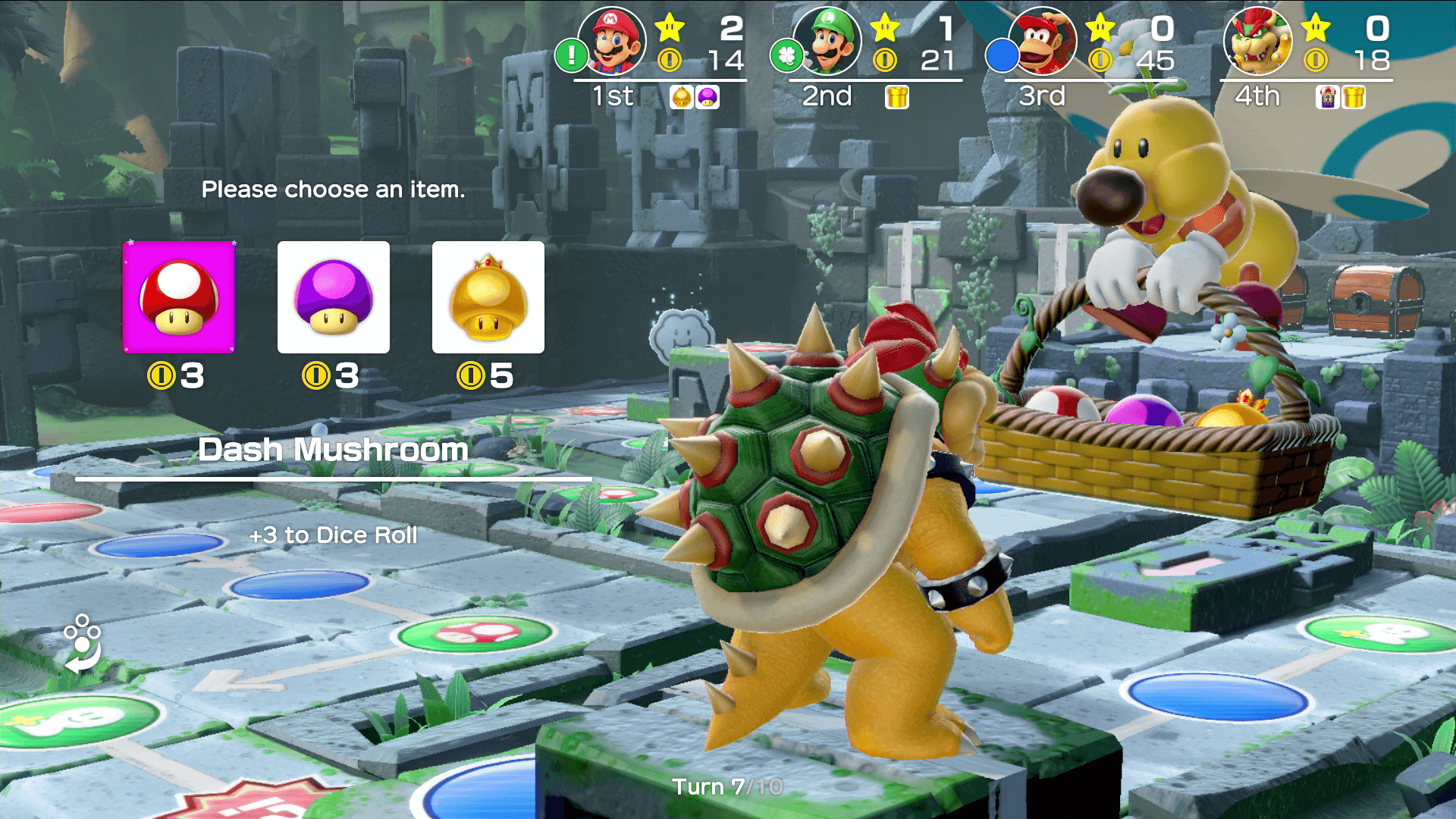 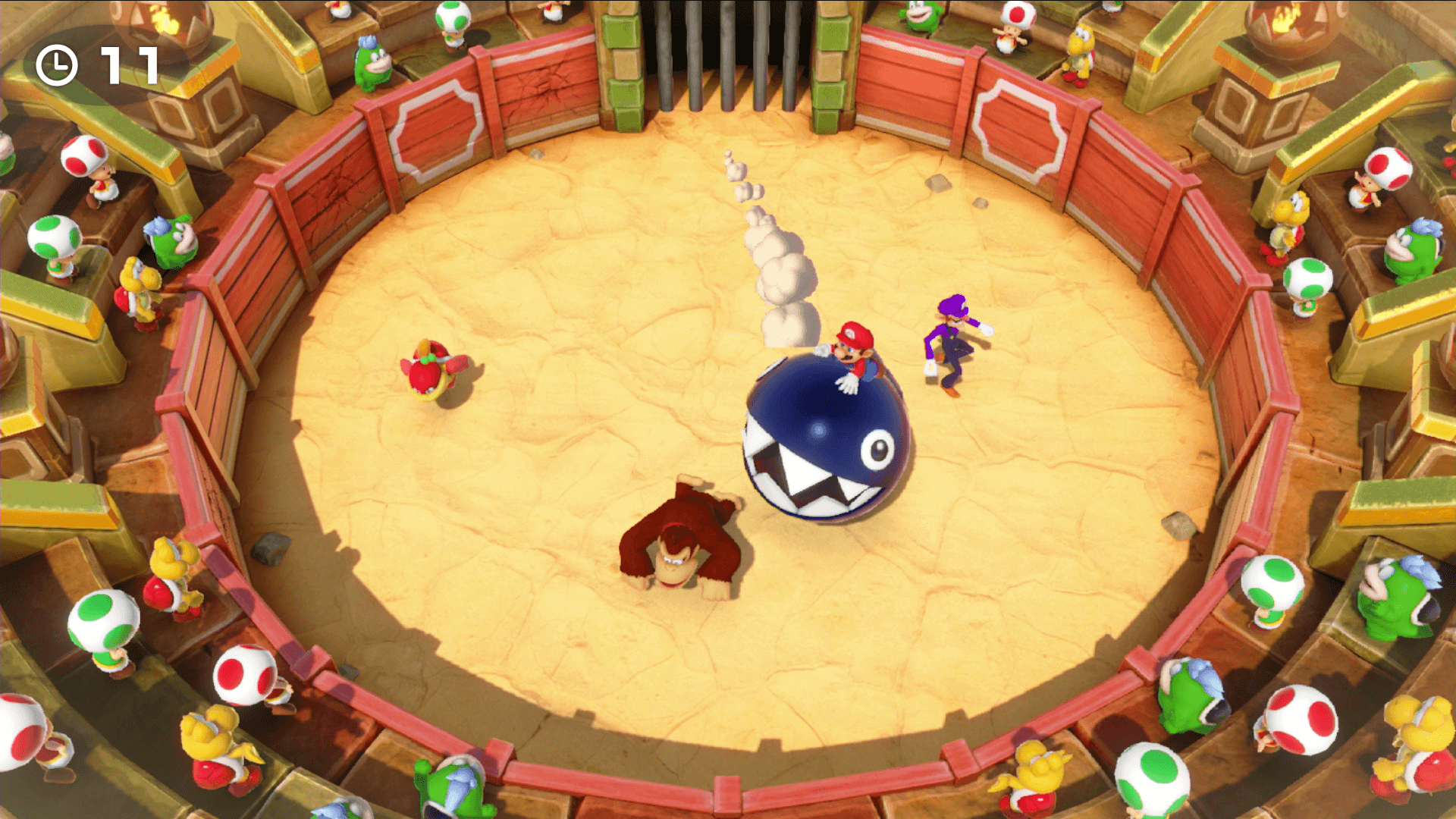 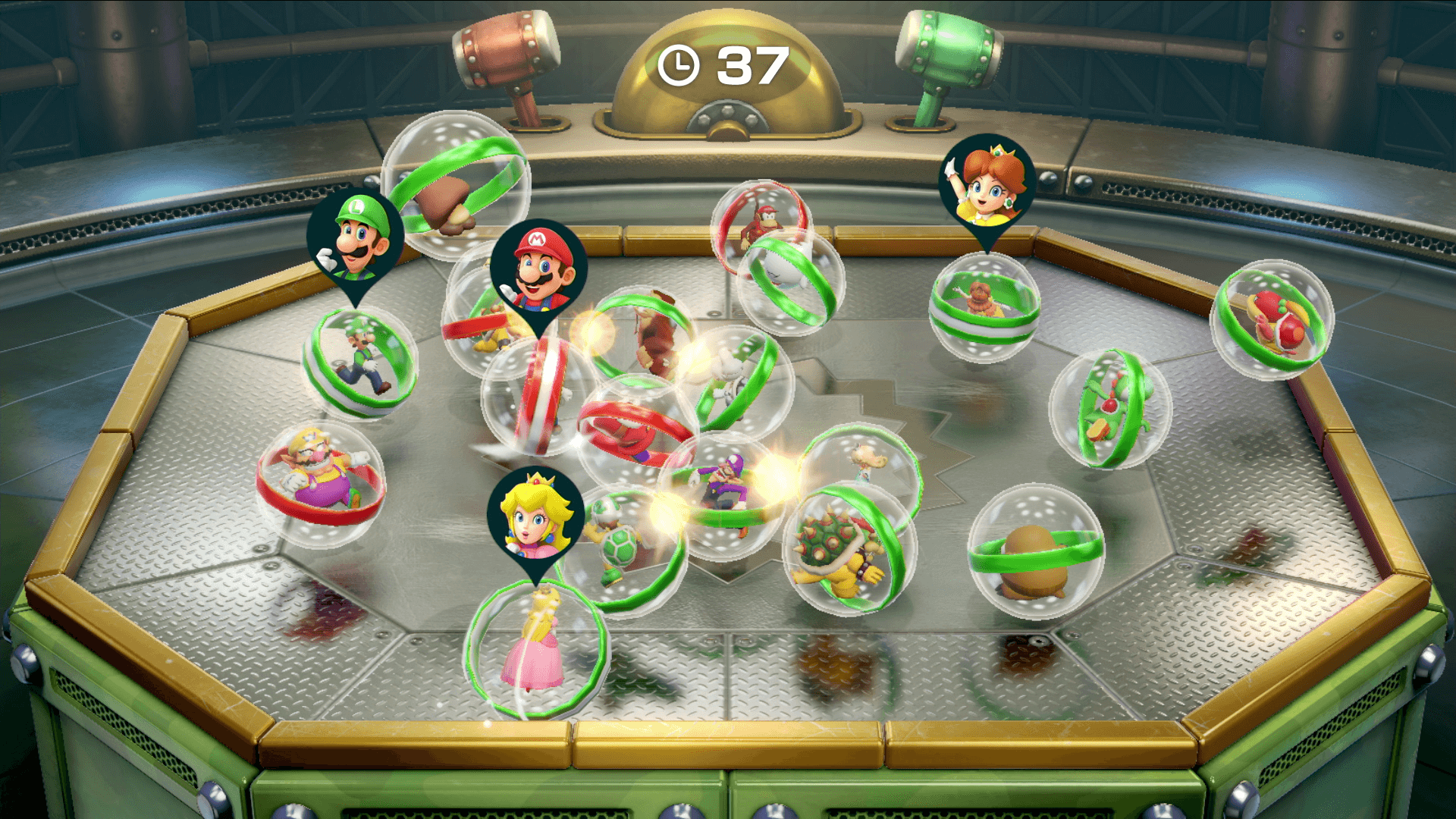 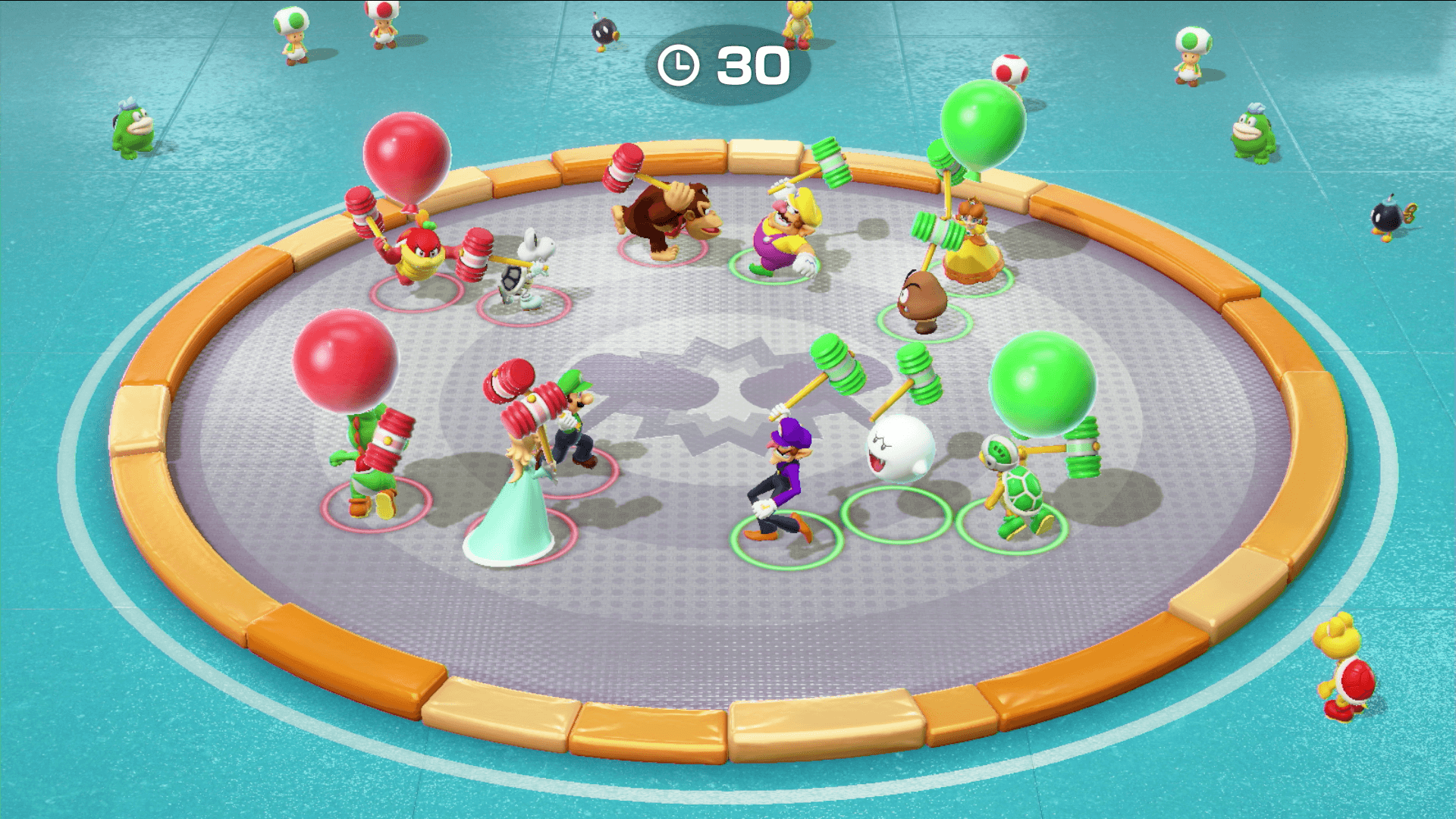 Super Mario Party was first available for Nintendo Switch on October 5, 2018. Besides, the gameplay system of this game is designed in the traditional playing style of Mario Party Series, different from the competitive style of Mario Party 10 and Mario Party 9. Regarding game mode, the manufacturer has prepared for this game two parts to play offline and online. In particular, the online play is a completely new part, and this version is the first version of Mario Party Series to offer online matches, allowing many players to connect with each other from long distances. With offline mode, everyone is participating in two challenges: Partner Party Mode and Mario Party Mode. Join Partner Party Mode, players will compete in groups (2 Vs. 2), and team members need to support each other well to achieve high scores. In addition, the Partner Party control system is somewhat similar to Mario Party: Star Rush. Besides, Mario Party Mode offers classic matches, in which players will play individually, four players will compete against each other on the field, and you need to defeat the remaining three opponents.

As for the online competition system, the manufacturer also offers two different forms of competition. The first type of competition is an open competition, where everyone can discover up to 80 different mini-games, and the player who completes many mini-games with the highest achievements will be the winner. The second type of competition is limited competition (Online Mariothon), it is only prepared with five mini-games, and the matches of this game will not take much time to complete. Note, the five mini-games of this game will be randomly selected from the 80 mini-games available in the game, and each game will provide five different mini-games. In addition, the online mode is also prepared with a High-Score board for people to check their own achievements and an online ranking board – completing online matches to help players get some parts. Interesting points.

In terms of content, the game still focuses on collecting stars, and the player who owns the most stars will win. Besides, each mini-game is designed with its own content and challenges for players to learn. Along with the completion of mini-games, players also need scientific strategies when moving on the playground. From there, making the collection of stars simpler.