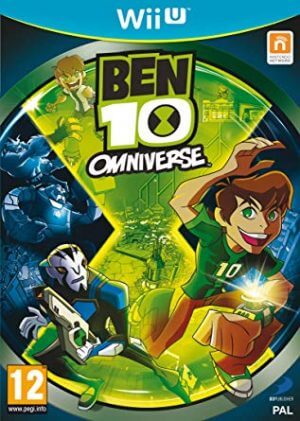 “Ben 10: Omniverse” is a game based on the funny adventure cartoon of the same name, developed and published by D3 Publisher with Namco Bandai Games. The game is highly appreciated for its graphics, game characters, and a new storyline, but it still sticks to the content of the movie. In the game, our main character is none other than Ben Tennyson, who was granted the Omnitrix by chance can help him transform into alien creatures in a certain time. This time, “Teen” Ben’s Omnitrix was having trouble, he and his partner, Rook, had to go back to the past to see Ben at the age of 11. Players will be able to control both characters including “Young” Ben and “Teen” Ben and must fight the main antagonist of the game, Malware, who has absorbed Rook’s Prototool to gain new abilities, much stronger, leading to terrible changes in the future timeline. Not only the plot is good, but the gameplay also has many special features. In addition to the two main characters, the player can control the character Rook. With a fascinating combat ability along with the use of Proto-Type, the weapon has the ability to transform into different types of weapons that are very effective in combat. The game also allows players to play with relatives in Co-op mode on a single-player mission on Ben and Rook’s journey.