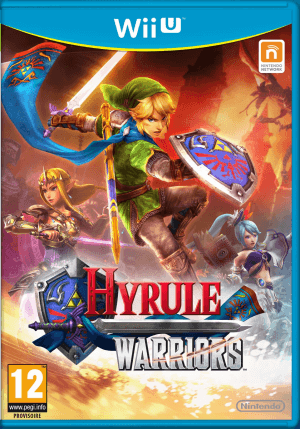 “Hyrule Warriors” is an extremely attractive Nintendo game, with a blend of gameplay that keeps the adventurous style of the popular “Legend of Zelda” series and the hack ‘n slash action style of “Dynasty Warriors”. Developed by Omega Force and Team Ninja, the game has quickly attracted the attention of many gamers around the world with an eye-catching tight fighting mechanism, as well as diverse and unique skill effects. It is giving players a great experience like playing the “Dynasty Warriors” game. The list of playable characters in the “Hyrule Warriors” includes Link, Zelda, Midna, Agitha, Fi, Princess Ruto, Darunia, Sheik and finally the newly joined character, Lana. In addition, it is likely that the game will have the appearance of a small number of mini-games that bring players back to the early days of “The Legend of Zelda” in 1986 in 8-bit graphics. The in-game combat system is based on the context in which the player’s ability changes depending on the weapon selected. Role-playing elements such as weapons and character levels also appear in the game. Defeating certain enemies gives players a weapon bag, which will provide random weapons to the character and a bag of materials, which can be used to strengthen the character. “Sealed weapons” can also be found in treasure boxes, increasing the randomly generated weapons for players in the field.