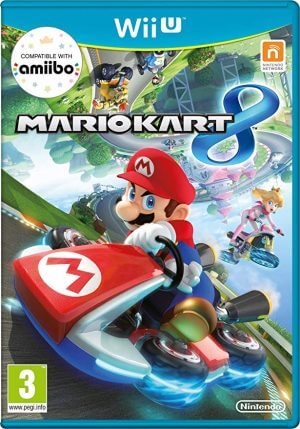 If you’re a fan of Nintendo’s Mario Kart game brand, you probably won’t be able to skip the best game in the series, Mario Kart 8. This is the eighth installment in the popular Mario Kart series of games developed by the original Nintendo game. Launched in the world in May 2014, the game has won much love from the long-time fans of the series by giving players many interesting and attractive improvements compared to previous games. Mario Kart 8 was also considered a huge commercial success with more than eight million copies sold worldwide and was considered the best-selling Wii U game at the time. With the familiar gameplay of previous titles, Mario Kart 8 allows players to control characters from the Mario franchise and participate in racing on many different types of race tracks. Players can use many items picked up on the track to hinder opponents or gain an advantage in the race. In addition to combining the unique mechanical features found in the Mario Kart and Mario Kart 8 series games, it also introduces an anti-gravity feature, allowing players to drive on walls or ceilings. It also allows them to bump into one another for a short boost. Players can also experience single-player and multiplayer modes, including online through the Nintendo Network.

Adventure Time: Explore the Dungeon Because I DON’T KNOW!