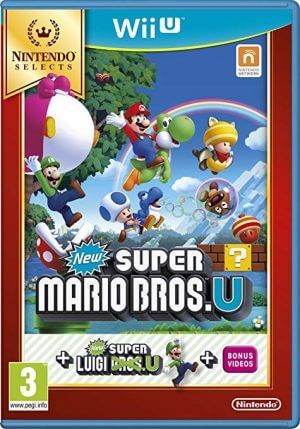 “New Super Mario Bros. U” is a 2.5D side-scrolling platformer that is loved by many players around the world. First released in 2012 by Nintendo, it is the fourth game in the popular “New Super Mario Bros” series to be considered the best version ever. The game has received a lot of enthusiastic fans and has been praised by critics for improving the graphics, new storyline, and especially adding multiplayer mode with up to five players at a time. “New Super Mario Bros. U” retains the typical gameplay in “New Super Mario Bros. Wii”, The objective of each level is to reach the goal flag at the end of each level while avoiding enemies and hazards. The plot begins with Princess Peach being imprisoned in her castle by Bowser, Bowser Jr. and Koopalings, who invaded and used a giant mechanical arm to throw Mario, Luigi and the two Toads away. Mario and his friends must now cross this new land to return to Peach’s castle to save her. Along the way, they encounter seven Koopalings, each controlling their own world, plus Kamek, Nabbit, Bowser Jr. and many small monsters like Goomba. By defeating them, Mario moved closer to Peach’s castle, which was transformed into an evil reflection of Bowser. When the Bowser is defeated, the castle returns to normal. As the heroes celebrate, Bowser Jr. and Koopalings attempt to escape, almost leaving Bowser behind. He manages to jump up onto the airship, but the weight of Bowser Jr. causing it to crash, and they are forced to flee on Bowser Jr.’s Koopa Clown Car.