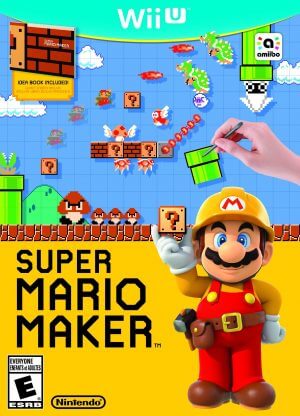 “Super Mario Maker” is an extremely popular side-scrolling and creation system game developed exclusively by Nintendo. Released worldwide in September 2015, this game quickly impressed the entire long-time fans of the “Super Mario” game brand when players can freely build and create game levels for your choice, based on graphic images from previous versions of the series including: “Super Mario Bros.”, “Super Mario Bros 3”, “Super Mario World” and “New Super Mario Bros U”. The game has received a lot of positive reviews from the first time it was launched, the game critics praised the user interface and editing tools of the game. In addition to traditional Mario elements such as Goombas, warp pipes and power-ups, players are able to manipulate the behavior of various elements in unique ways. For example, they can stack enemies, have hazards come out of question blocks and warp pipes, use shells as protective helmets, and make cannons emit any chosen objects. These combinations are possible because the in-game editing tools work in tandem.