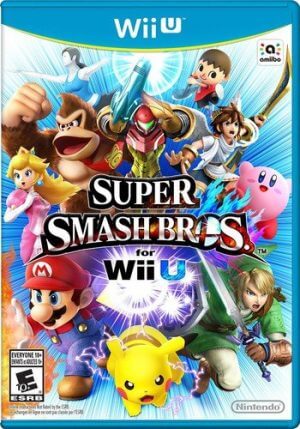 “Super Smash Bros. for Wii U” is also known as one of the best convergence of characters from famous game brands of Nintendo game company. The game was developed by Bandai Namco Studios with Sora Ltd. and published by Nintendo for the Wii U and Nintendo 3DS consoles. Since it was first released, the game has impressed gamers around the world with new features including up to 8 players who will be fighting at the same time. Because this is a crossover game, players are free to use characters, items, music, and stages from various Nintendo franchises, as well as from some third-party franchises. The gameplay remains true to the core of previous versions of the “Super Smash Bros.” series, which is a multiplayer fighting game where players use various attacks, techniques, and items to kill injured the opponent and knock them out of the arena. When a character’s damage rate increases, the character can fly back into the arena when attacked, and may eventually be knocked off the playing field enough to be eliminated. To assist players in battle, items sometimes appear on the battlefield, most of which represent the various video games shown in the series. An item called a Smash Ball allows the player to use a powerful attack, featuring a character called “Final Smash”. There is also another item, Assist Trophy, which summons various non-playable characters from a representative series to the field to assist the summoner.