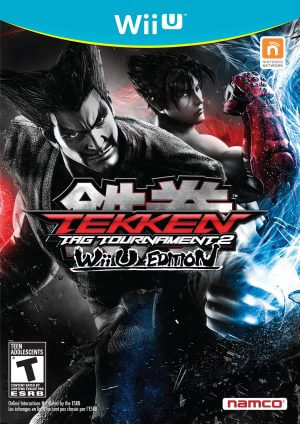 “Tekken Tag Tournament 2” is the eighth version of the most popular fighting game brand of all time, “Tekken”. The game was developed and released by Bandai Game Studios exclusively nationwide on September 14, 2011.Like the original “Tekken Tag Tournament” in 1999, players will be able to meet familiar characters from previous versions of the “Tekken” series, brought to this game the largest playable character lineup ever in the series. Players can choose a team of two characters on each side or a character to solo together. In the game, matches involve each player selecting two fighters to fight with. Not only can players link attacks of two characters, but they can also be switch out almost every time in the game, even while being defeated. The focus of this system was the combined attacks on two people. The attacks with the combination of both are very eye-catching and make viewers surprised. However, if done some “tricks” and at the right time, the player can still stop the dangerous attack. this. At certain points, a character’s life bar is inactive and may blink, giving them temporary power boost if they are tagged. If one of the player’s two life bars ends, that player loses the round. If time runs out, the player who has the most cumulative life remaining amongst their fighters wins the round.