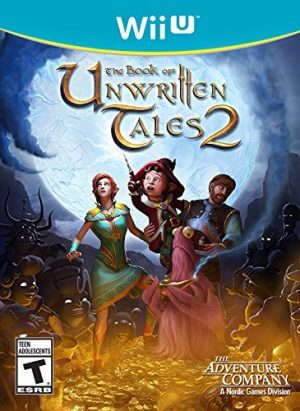 The Book of Unwritten Tales 2

“The Book of Unwritten Tales 2” is a point-and-click adventure game developed by the developer King Art Games. This is the next version of “The Book of Unwritten Tales” which was released on February 20, 2015. The game was quickly praised by critics for its beautiful graphic images, bright colours and easy to carry. Players to the fairy horizons with extremely cute and funny characters. The game also attracts players with humorous content with bold colours mixed with puzzle elements from the beginning to the end. That’s what makes “The Book of Unwritten Tales 2” one of the best titles King Art has ever made. In the game, players will be able to follow four characters including Wilbur, a novice gnome mage; Nate, a narcissistic person; Ivo, a goblin princess and a fluffy alien creature called “Critter”, they embark on an adventure together in the fantasy land of Aventásia. A magical force is turning animals into puppies and castles into dollhouses. The four heroes reunite to counteract this abnormal transformation of Aventásia. Players will experience each character’s story in turn, with linear puzzle levels bringing everyone back together. After that, the experience element will bring players back to the familiar gameplay: switching back and forth between characters to solve puzzles.