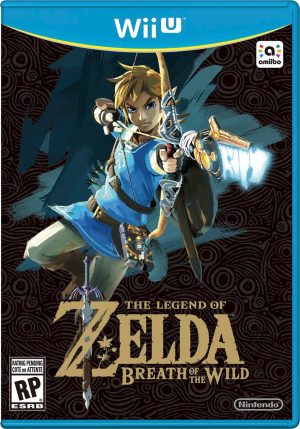 “The Legend of Zelda: Breath of the Wild” is rated as one of the best action-adventure game in the world, developed and published exclusively by the cult game company Nintendo. Right from the first time, it was launched, this game has caused an earthquake in the world media. “Breath of the Wild” has received worldwide support for free play and attention to detail, with many people arguing that this game will be a landmark in open-world design. With success on the market, this game has won many awards, including many “Game of the Year” awards and received positive feedback that this is one of the best games of all time. The story follows Link, who awakens from a hundred-year-old sleep by a strange voice that leads him to defeat Calamity Ganon before he destroys the Hyrule kingdom. Like the previous versions in the cult series “Legend of Zelda”, players are given a little guidance and can freely explore. Thereby the player will be able to control the Link character collecting items such as clothes, weapons, and food with many different uses. Throughout the world in the game are the directions given by the NPCs to assist players in continuing the game’s story. Besides the main quests, players can solve quizzes and side quests to receive rewards. The world of “Breath of the Wild” is not structured, allowing players to experiment and complete the game in a variety of ways.

urmomgeiy
so is this safe to use
Reply - February 7, 2020
Advertisement