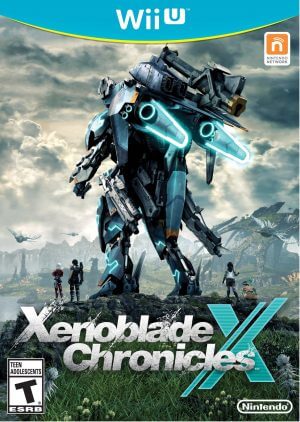 “Xenoblade Chronicles X” is an open-world action role-playing game that is rated as one of the best versions that Monolith Soft has ever created. The game was released by Nintendo for the Wii U in 2015. This is the next game following the success of the elder “Xenoblade”, one of the top-rated role-playing games on the Wii. The game carries many gameplay elements from “Xenoblade Chronicles”, players explore the open planet, Mira. Complete a series of missions and unlock new areas to explore and collect resources from all five Mira continents. The gameplay in the game is similar to other action role-playing games, in which the player controls a customizable avatar; They can adjust the gender, facial features, build and avatar voice. Players will explore the five continents of the open-world planet Mira with a group of companions. The quests in the game are divided into story missions to bring players along with the storyline in the game. In addition to related tasks to strengthen the link between the avatar and their teammates, the tasks assigned Small bonus funds in the game and extras, and side quests have taken from citizens of NLA. The accessible missions are limited based on the number of areas Mira has explored, tied to the percentage of completion of the main story. Completing quests and battling enemies will grant the character some kind of experience points (EXP).