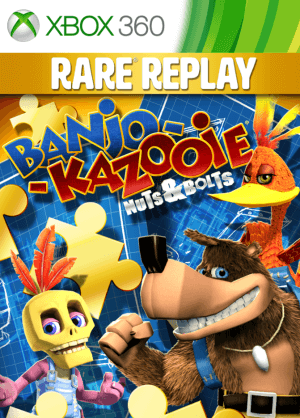 Although known as an action-adventure game series, coming to this game you also experience other creative tasks such as death creating vehicles during the process of joining the game. To defeat the villain Gruntilda, you can take on the roles of the main characters like Banjo and Kazooie to complete the assigned task challenges. Players will focus on making vehicles such as cars, motorcycles, boats, and airplanes. They will have to collect specific vehicle parts in the game area and can equip weapons on their vehicles to use in battles. Collect “Jiggies” and accumulate enough it will help players unlock the Spiral Mountain and join the fight with the ultimate boss.