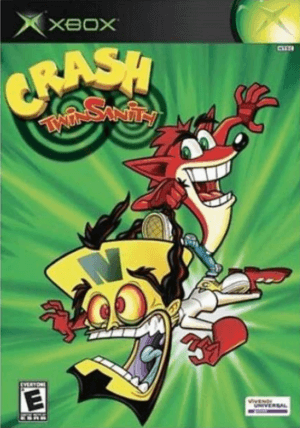 Crash Twinsanity is a “PlatFormer” video game, brought to fans by Vivendi Universal Games in 2007. The game is the tenth version of the Crash Bandicoot game series. Crash Twinsanity has a plot set three years after the Crash Bandicoot: The Wrath of Cortex event, which revolves around the characters Crash Bandicoot and Doctor Neo Cortex in collaboration to stop “Evil Twins.” It was one of the mutant parrots that Cortex had owned since childhood, but now it is destroying the Wumpa Islands. The game has a fun graphic, with an interesting combination of two characters (for example, Crash can use Cortex as a hammer, or hold Cortex spinning) making it a highly entertaining game.