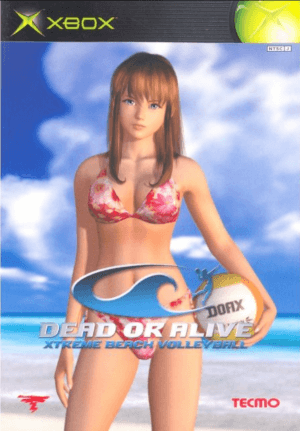 Dead or Alive Xtreme Beach Volleyball is a beach sports simulation video game, brought to fans by Tecmo in 2003. The game is the first installment in the Dead or Alive game series. Dead or Alive Xtreme Beach Volleyball revolves around the women of the popular DOA series, in beach sports competitions that can occur anywhere on Zack Island. The game has a unique male character and can appear anywhere in the game. Players will be able to choose a female character to participate in the game. Since volleyball matches are 2 vs. 2, another person will automatically be added to the team (either by humans or AI). Players can choose the time of the match, such as in the morning, afternoon, or evening.