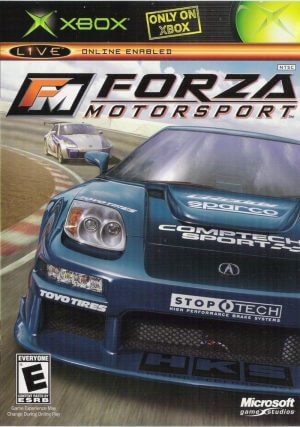 Forza Motorsport is a racing simulation video game, brought to fans by Microsoft Game Studios in 2005. The game is the beginning of the popular Forza game series. Right in the first version, the developer Turn 10 Studios brought over 200 cars and many realistic racing courses. Forza Motorsport also owns the feature of connecting players together via the Internet, a feature that was quite prominent at the time of launch. Coming to Forza Motorsport, players will be able to compete with other rivals in global events. The game includes two main game modes: Arcade mode and career mode. Each mode has its own good and bad points, all of which are waiting for you to discover. In addition, this series of games is also cared for by both the developer in terms of graphics and sound. That makes it one of the most popular racing simulation games at the time of launch.