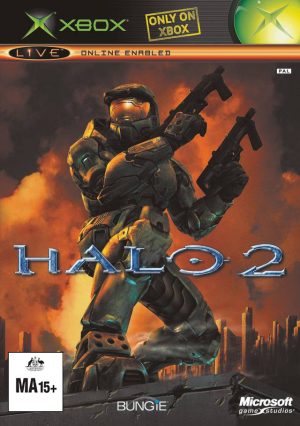 Halo 2 is a video game in the first-person shooter genre brought to fans by Microsoft Game Studios in 2004. The game is a sequel to the hit Halo series. Now the game has a new “game engine.” At the same time, weapons and vehicles are also added. Like its predecessors, Halo 2 is still set in conflict on earth in the 26th century. Coming to Halo 2, the player will transform into a special soldier and shoot from the first perspective. In addition to shooting, players must also learn how to use the weapons and vehicles of aliens to pass the levels in the game. In the game screen, players can carry up to 2 weapons at the same time, and each has its own advantages and disadvantages, so players must consider carefully before choosing. There is also a very special point that any player must pay attention, that any gun can occur the phenomenon of overheating if used continuously (too hot will not fire bullets anymore). In addition to the two main weapons, players can bring up to 8 grenades to break some special shields.