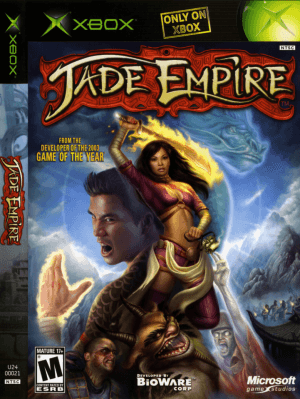 Jade Empire is an action role-playing video game, first released by Microsoft Game Studios in 2005. The game is set in a world built on Chinese mythology. Quoc. Players will have to control the Spirit Monk (the last survivor of the arduous mission of saving Master Li) to defeat the royal forces. Although they were royal forces, they were completely corrupt in quality, as evidenced by the king Sun Hai, who corrupted the abuse of power. Jade Empire has the story in an open ending style, meaning that the end of the game will be decided through the player’s choice. By using magic attacks, evading enemy attacks, and using battle techniques, the player will have to defeat all opponents to pass the level.