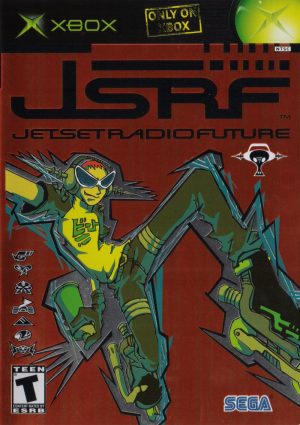 JSRF- Jet Set Radio Future is a sports action video game that was released to fans by Sega in 2002. The game is the second part of the JSRF game series (a sequel to Jet Set Radio). Similar to the first version, the JSRF – Jet Set Radio Future is still set mainly in Tokyo – the cathedral of outlawed gangs. Players will play a character in GG (graffiti artist group skating) and surpass the other skaters of rival gangs. Large businesses of the Rakkaku Group used their power and money to buy important positions in the city. Now the mayor of Tokyo is the leader of this corporation. He suppressed the people, took away the freedom of speech and expression of the people, then forced all other party parties in the city to give up the territory with his corrupt police officers. In the process of skating, players can also beat the Rokkaku police and dance to the background music to increase the score. With eye-catching graphics and vibrant music, JSRF- Jet Set Radio Future is definitely a sports game worth experiencing.