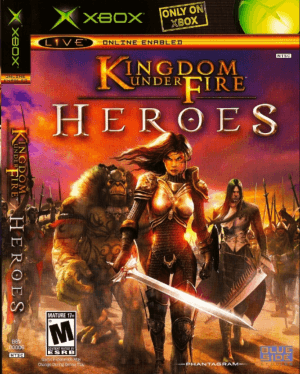 Kingdom Under Fire: Heroes is an action-strategy game that debuted in 2005. With sharp graphics built on the 3D platform and vivid images meticulously designed and detailed, The game has completely scored in the eyes of the player. Entering the game, you will command a large army in the magical battles in history. As a commander of an army, your character will become a hero and set up battle tactics to suit the best. Each army will cover 20 to 30 soldiers, depending on the commander to choose. There is racism in this version, meaning that each soldier of a different ethnic group will have the ability to fight differently. In addition to upgrading your army, players can buy additional equipment for the army.

Lord of The Rings: The Return of The King