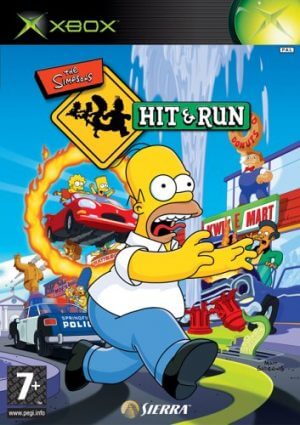 The Simpsons: Hit and Run

The Simpsons: Hit and Run is an action-adventure game brought to fans by Vivendi Universal Games in 2003. The game is still inspired by the popular animated film The Simpsons and is part of the twentieth of the game series Simpsons. Players will transform into the members of the Simpson family and friend Apu Nahasapeemapetilon (who witnessed many strange events happening in Springfield) to explore strange events that are happening continuously. But soon, they discovered that these incidents were part of a conspiracy of Kang and Kodos (aliens). You can choose one of four characters Homer, Bart, Marge, and Apu, to participate in the race, collect items (such as money) to buy more cars, costumes, as well as weapons. As for Homer and Bart, the player can only use it twice a day. The Simpsons: Hit & Run has seven levels, each with its own side story and plot. When walking, players can control the attacking character in three ways: normally kick, kick when jumping, and attack with road objects. As a highly entertaining game, The Simpsons: Hit & Run will really be a good choice after hours of study and stressful work.