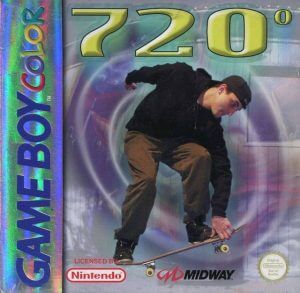 720 Degrees is a sports simulation video game, brought to fans by Atari Game in 1986. The game started with the player controlling a skateboarder around an urban area by using Use objects with gradients to maintain speed. The game consists of 4 levels, and each level consists of 4 events: Ramp, Downhill, Slalom, and Jump. In Ramp, players will have to climb a half-tube structure and try to climb as high as possible. At the “Downhill” event, players will take part in a long course to understand how to take advantage of the slopes, the fastest way to the finish line. At the Slalom event, players have to overcome milestone plugged in on the track, using the less time the player gets more points. And at the last event, players will jump from a series of ramps and try to keep their balance. Occasionally, at the events, there will appear small maps, which will let players know the current position of the close friend and the destination, how far away, helping the player to take the initiative. By using the money earned, players can buy equipment at the store to increase the character’s toughness.