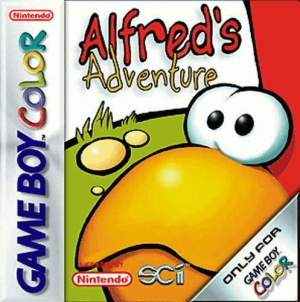 Alfred’s Adventure is a platform game developed by Twilight and released to fans in 1994. The game is built on a 2D platform with quite eye-catching images, designed quite invested. Entering the game, you will be controlling a chicken named Alfred. Throughout the game, your main task is to explore the maps by finding your way through each level. When on the ground, your character can walk or jump to dodge obstacles. In some locations, players can collect a trophy capable of flying to help characters overcome enemies without spending effort. Along the way, diamonds will appear in groups of 4, pay attention to collect offline. Each map will have a lot of paths, so choosing the shortest path successfully will save you a lot of time.