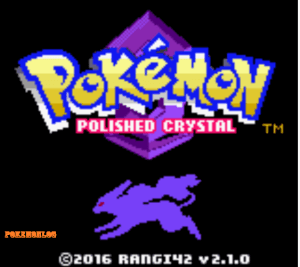 Pokemon Polished Crystal is a remake of the original Pokemon Crystal game created by a talented ROM hacker nicknamed Rangi. The plot of the game remains the same with the original version, participating in the game you will still become a young trainer in the journey to defeat the Gym Leaders and Elite Four at Johto to become the champion, after Go to Kanto and fight Red. And it seems that is the only similarity of this version to the original game when everything has been changed including new Pokemon, new moves, new mechanics, new maps, new events, new trainers, new items, and Red. is not even the end of the game. The difficulty of the game is also increased.

FEATURES (note: this is not all)