A team of ROM hackers named Project Neo including Nate, daMoose52 has invented a remake of the original Pokemon Red game with a revised storyline and gameplay and promises to bring players a completely new adventure. The game is set after the events taking place in Pokemon Red when Red became the champion and chose a recluse as an Elite 4, while his opponent Blue is now a Gym Leader in Viridian City. At this time Giovonnie gave up the evil path and developed a corporation called ROCKET CO. He specializes in providing basic supplies for trainers and has almost replaced the PokeMarts system. But rumors are spreading about a former leader of Team Rocket rising from the defeat, now only friends can afford them.

– New Pokémon – Of course, new Pokémon; This was the founding premise of the original project! Thanks to the disassembly, we have been able to perform a number of changes already that safely yield an additional 103 “slots” for new monsters. With further investigating and registering notes on a new technique, it may be possible to increase this to a total of more than 65,000 unique entries!
– New Maps – Another simple matter with the disassembly is the addition of new maps to flesh out the new Aspects of the storyline. Many classic maps will remain, many classic maps will be altered, some will be removed, and new ones will be added.
– New Text & Story Elements – Also another simple one with the disassembly; Project Neo features a whole new storyline cleanly executed with the access to the raw code and scripts of the disassembly.
– System Tweaks – With access to the assembly code, we’re able to effect changes and updates to the system we had hoped to see but were unable to understand at the time. This includes:
– Gender Selection: Introduced in Crystal, we always thought this would be neat; as of now, it is included!
– New Types: Similar to other “new” content, this is a lot easier with the disassembly, though we had not realized it would be so easy at the time.
– New Items: Too diverse the story and other functions
– New Evolution Processes: More than just new evolutions, this will introduce some new processes; Pokemon won’t evolve in just the traditional means anymore!
-Various: This includes things such as higher-res back sprites, some small tweaks to behaviors throughout the game, and other elements that are not pronounced, but will be appreciated! 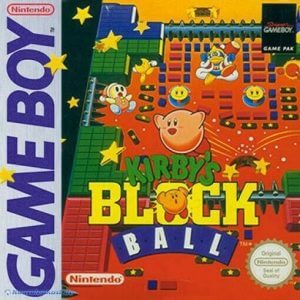