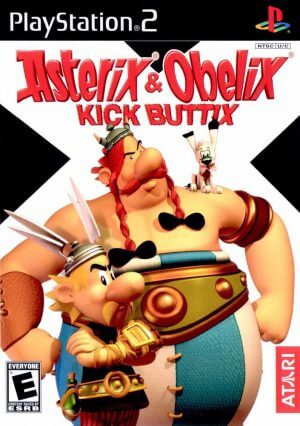 Asterix & Obelix XXL is an action adventure video game released in 2004.[1] It is based on the French comic book series Asterix, about the Gaulish warrior Asterix in the year 50 BC, as he battles the Romans. Despite the common sense may indicate that "XXL" is a Roman number, it is actually an initialism for "extra extra large", meaning the game has a great number of additional features. It was released in the United States (for PlayStation 2 only) with the title Asterix & Obelix: Kick Buttix. A sequel was released the following year, Asterix & Obelix XXL 2: Mission Las Vegum.